Every time I introduce myself as a psychologist the immediate response I get is a question on whether I can read minds. For those who are a little knowledgeable the question is on the behaviors of people in Mathare. Sometimes it is a life story that needs fixing. First psychology is a subject about me. Let me tell you my story. After my 17 years in the village, I got an opportunity to come to the city of Nairobi. It was a dream I had built all through my life. I woke each morning having a target to study in the University. When I got to the university, I was invited to a den, a den of power and ego. I had reached that sky limit I had set.
So being the mathematician I was in high school, I picked the subject at the Main Campus. I included economics and Communications. I felt nice about everything but I was addicted to the smell of old books. The demon was the philosophy and psychology section. I had my own issues with religion and I was trying to make peace with my understanding and that of the society around me. I spent all the time studying there, bought motivational books. I forgot about the directed education in class. I missed so many of them but then again I was studying. There was this white lecturer who taught Calculus 1, I could not get even a single word of what she was saying. I remember for a long time I wrote ‘limir’to mean limit in my notes. Most people could get her. We would watch movies with friends and they could follow the English while I couldn’t because I was not exposed to the TV nor other differently speaking people. I have come a long way in fact I can communicate quite well with my white friends. This event however led to a major change in my life. I got an E in calculus 1 and could not imagine myself sitting in the same class for another semester. So I realized how Psychology had taken so much of my time. That is how I became a psychology student.
I believed in many different things, from luck, to fate, to choice to hard-work. One session of the introduction greatly changed this. I will tell it to just as I got from Dr Mwaura, my CPY 101 lecturer. He started with a curious statement that there are aspects of my consciousness that I am not aware of. That was disturbing to hear because for a moment I felt control which I thought I had so much of, being taken away. Coming to terms with the concept of the conscious and the unconscious was a difficult emotional journey. Yes there are things we are aware of and there are things we are not. I like to use the example of the computer to explain this now that we are all nowadays into technology. So when you get a new computer, it comes as a set empty without anything but the hardware. You will install software like word, etc that aid in its functionality. Now every data you put in, it gets into a data base. To put it in human terms, when the sperm from the father and ova from the mother. A hard ware is built which we call the embryo. Data will be continuously built into through the food from the mother and emotions. As they are born into the society, more data is build into it through interaction with the senses.
Then there was the lesson of id, ego and superego. The id was interesting, I giggled in class every time it was told to me. I would sometimes feel shame to even be in class because the id, is the suppressed part of me that society taught me to be shameful about. So Id is the primitive part of the mind. It relies on the pleasure principle, very impatient. It is the part of the mind that makes you know that you want sex or want food now now. Well this possibly the major drive for animals. however humans being social animals there is an extra part of our adaptive mechanism. This is the super ego. Superego relies on the moral perspective, the good and bad. It is mostly informed by the society we are born into. It is what we use every time we feel shame or guilt about having sex or stealing food. Now since we can already see that the id and superego can easily conflict, yes when such internal conflicts occur we have a powerful part of us that intervenes. This is the ego which relies on the reality principle. The ego employs defensive mechanisms let us call  them soldiers who help in managing this conflict. There are several of them from repression, to acting out, to regression to denial to rationalization and others. They remain in our unconsciousness but sometimes leak out into our consciousness through our dreams, our behaviors, our thoughts and personalities. Sometimes they interfere with our interaction with our society and that is when we get a person to help us understand and be knowledgeable about self.
This realization was completed in a session with my supervisor. She took me through a journey of my life where I got to understand patterns of my behavior. Some I have been able to change, some I haven’t but knowing them has been the most powerful aspect of my life. Be conscious of yourself and how your memory presents itself in your everyday life, most importantly its impact. As Arthur M Schlesinger said, Science and technology revolutionize our lives but memory, tradition and myth frame our response.
What has your memory made you to be? Share with me on [email protected] 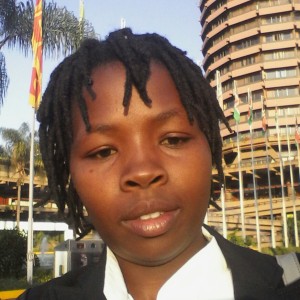